The Science behind Climate Change is Wrong 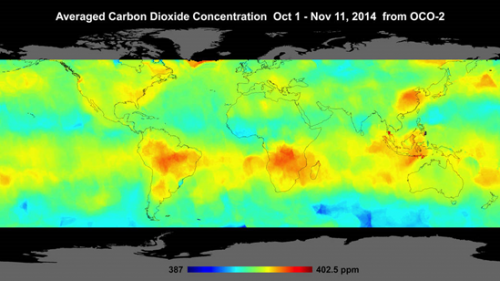 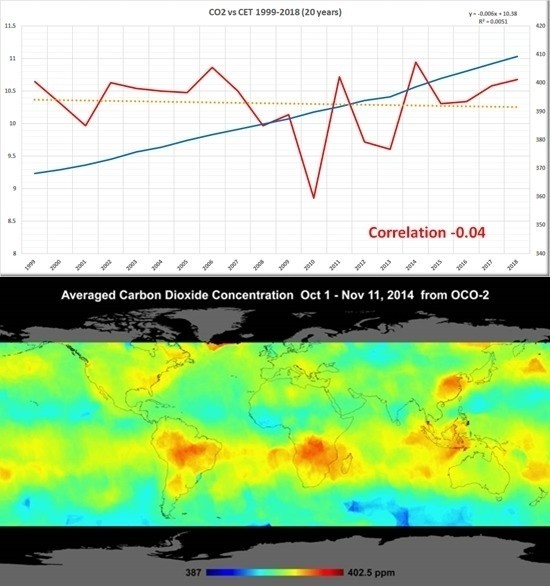 For the last 21 years we have been told by the IPCC, increasing man-made carbon dioxide emissions will increase temperatures to dangerous levels. We have also been told that carbon dioxide is a well-mixed gas in the atmosphere. These are the two mainstays of their fundamental science hypothesis.

A simple study by Neil Catto from Weather Research, an experienced meteorologist and Fellow of the Royal Meteorological Society, told us, "It is nonsense to believe in consensus when the facts are against them. If CO2 increases temperatures how can the consensus explain the graph of the 21-year relationship between the UK Met Office Central England Temperature and carbon dioxide, With a negative correlation it is impossible for CO2 to increase temperature. Also, the image from NASA OCO2 satellite which show CO2 is not a well-mixed gas in the atmosphere?"

The fundamental science behind man-made global warming is simply wrong.