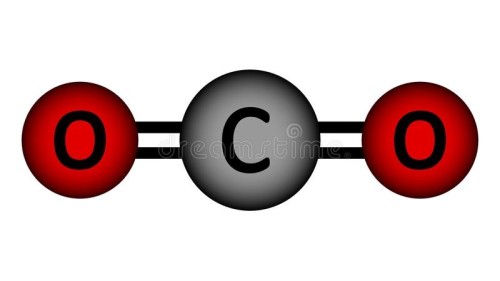 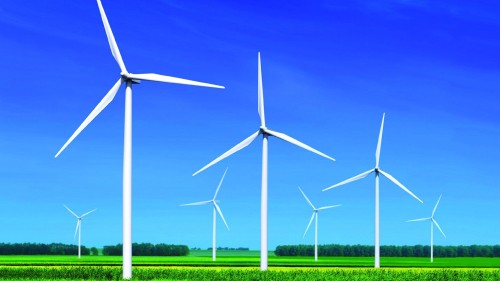 In the page Weather & Life we discussed how all life must have a "weather" coping mechanism to deal with the external environment of; varying levels of gases, high/low atmospheric pressure, heat/cold, light/dark (UV/IR radiation), wet/dry, acidity/alkalinity and varying levels of salinity.

For any gene to be associated with this mechanism it would need to have the components of the mechanism. There are twelve main components.

With an update in October 2022 analysis, using GeneCards™, GeneCards and other genetic websites to download all the genes associated with each of the twelve main components. In total there were 2,699 associated genes. This accounts for roughly 10% of total human genes.

The next step was to analyse gene arrays of key life functions to see if there was any association with WxGenes©:


Image 1 shows the % of total WxGenes© associated with each Key Life Functions of metabolism, growth, homeostasis, and immune response

These results were very exciting, which justified further research. Bearing in mind homeostasis is essential to maintain a balanced body/brain and an immune response system vital to correct occurrences of mutations, diseases, and disorders. 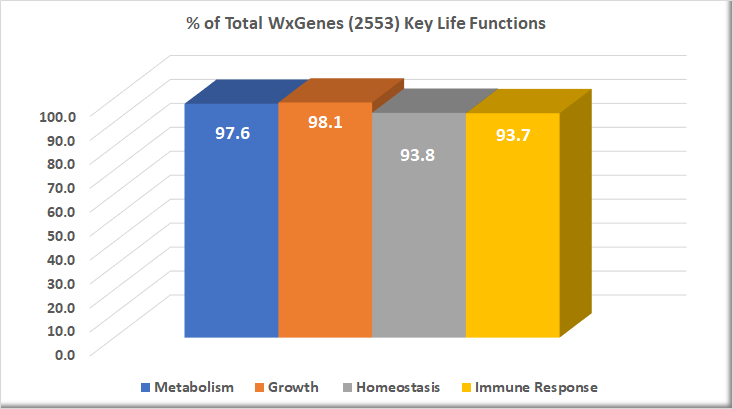 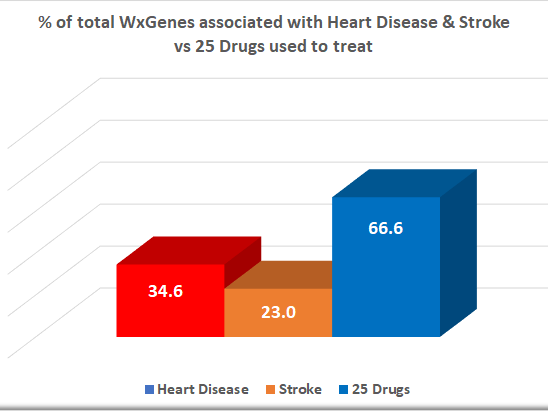 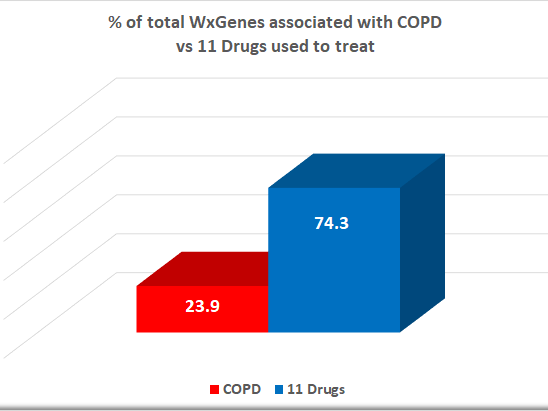 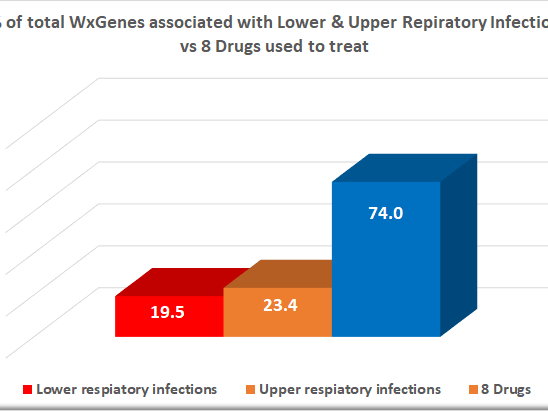 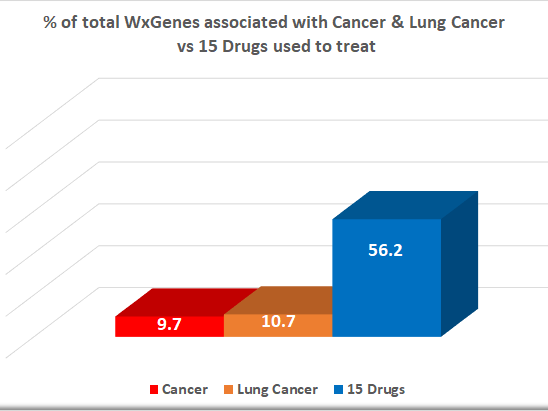 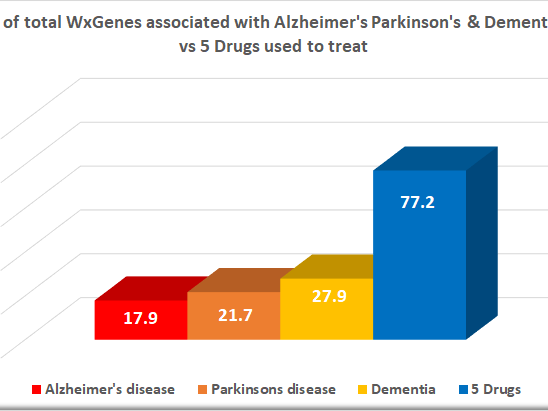 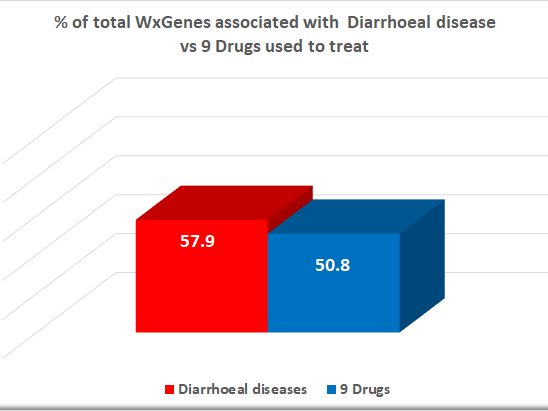 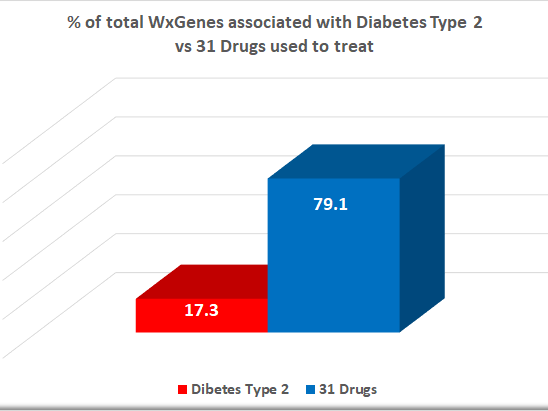 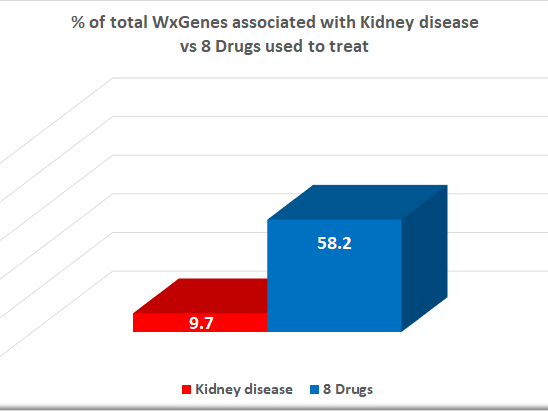 WHO top 9 deadliest diseases and conditions.

We then decided to analyse WxGenes© and their associations with the World Health Organisation (WHO) global top 9 deadliest diseases (heart disease, and stroke are together) versus 112 drugs used to treat those diseases.

Analysis of the results can be observed in the gallery on the left.:

From this analysis of the WHO top 9 deadliest diseases:

• Apart from Diarrhoeal disease all other conditions/diseases showed considerably higher percentages of WxGenes associated with the drugs used to treat, than the disease themselves.

• WxGenes appear to be significant to helping cure diseases and other conditions.

From these findings, a few questions arise:

• Are the WxGenes associated with the diseases their natural immune genes but not working properly?

• Why do some drugs have significantly more WxGenes than others? 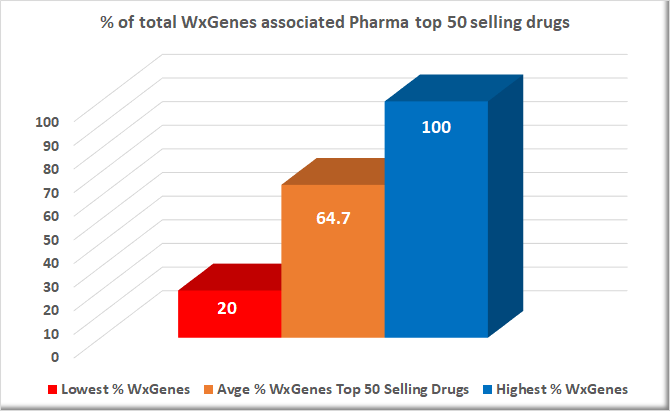 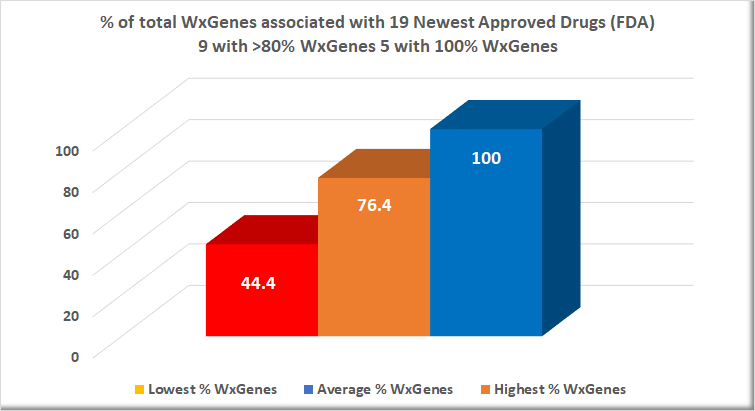 The latest 19 drugs approved by the FDA in December 2021

Like last year, the latest FDA approved drugs for market have increased association with WxGenes, an average of 74%, 5 with 100% plus 9>80% shows the importance of WxGenes.

It is becoming increasingly obvious WxGenes are highly important for the development of new drugs.

Why is Chines food healthy? Why does Chinese medicine work?

First we looked at a few staples of Chinese foods. Apart from rice and noodles the rest showed an above average of WxGenes.

Results from the analysis of 182 plants used in Chinese Medicine were beyond expectation, showing the percentage of total WxGenes had an average of 82.5% with 66 plants having 100% and 117 plants > than 80%.

This shows the significance of Chinese medicine and also a source for specific genes to be used in future drug development.. 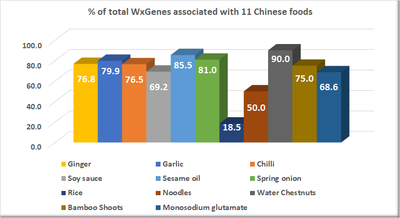 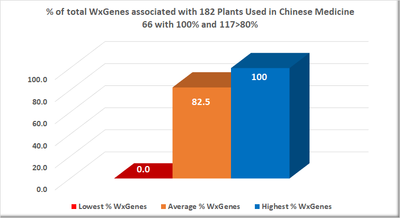 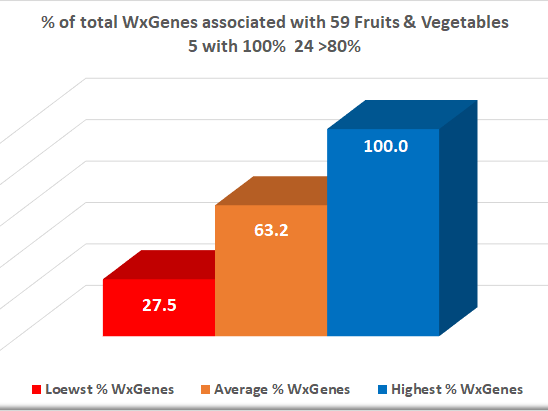 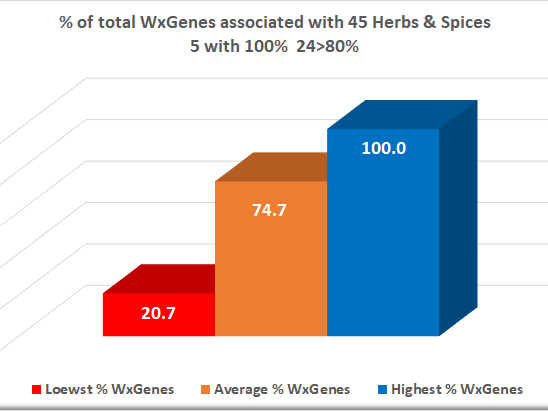 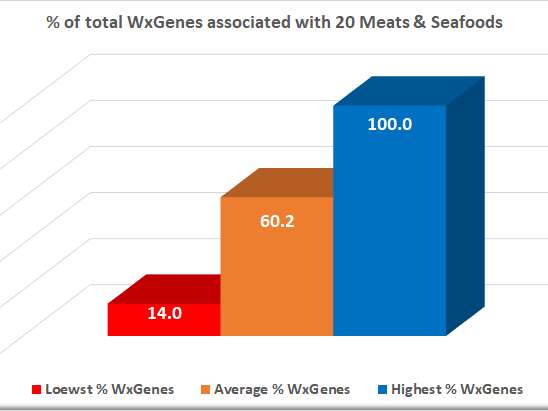 When we analysed Chinese food products and fruit & vegetables, we noticed about 25 important genes missing, compared to metabolism, growth, homeostasis, and immune response. When we analysed meat & seafood, we found all 25 genes. We suggest, as we have evolved as omnivores it is important to recognise a balanced diet including both meat and seafood, is vital for maintaining good health.

Analysis of WxGenes shows there is a very strong association with metabolism, growth, homeostasis, immune response, and plants used in Chinese medicines. Drugs used to treat diseases show consistently (apart from Diarrhoeal disease) higher percentages of WxGenes than the diseases themselves. The Pharma top 50 shows an average percentage of WxGenes of 64.7% and newer drugs have increased associations with WxGenes to 76.4%.

We believe WxGenes are important in the development of new, more efficacious drugs to treat diseases. Our research of plants used in Chinese medicines show where specific genetic products can be sourced.

With gene-readers becoming more accessible, it opens up the possibility of having individual genome analysis and then using missing WxGenes and therapy to combat mutations, diseases, and disorders.

Using the latest research papers, journal articles, and on-line discussions in blogs, gene arrays for the twelve major components of the small compound are updated twice a year, producing the latest array of WxGenes. Oct2022 was interesting by increasing the number of WxGenes from about 1,000 to 2,699 which is ~10% of the human genes (26,000).